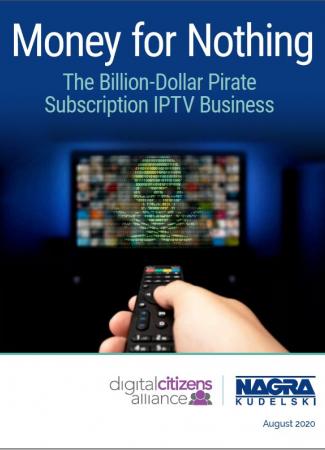 DIGITAL CITIZENS ALLIANCE - MONEY FOR NOTHING

It also raises alarms about how piracy poses personal and financial risks to consumers, from malware spread through pirate apps to distribution of unlawful content that may put viewers at risk, such as terrorist channels that are banned from being broadcast in the United States.

Please complete the following information to access the document.